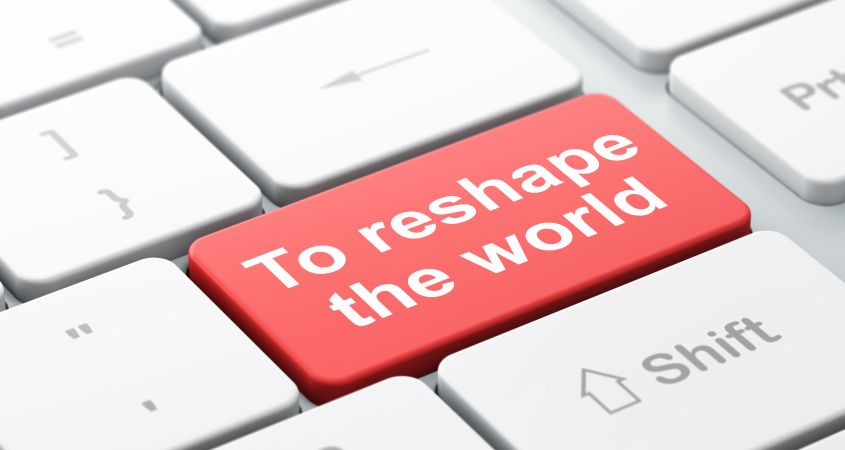 This article is the first post in a series titled, “USA as the Foundation Stone of our Future Society based upon Natural Law.”

Ultimately, this article is a declaration of victory of the forces of good over evil. Those who stand against the flawlessness of “good” must know they will always lose in the end. It is “baked into the cake.”

“To defeat the enemy, you have above all to know yourself.” – Sun Tzu

Often, in the United States, we talk a lot about veterans. In essence, there is seemingly always a divide between veterans and non-veterans. For many Americans that have not been in the military or war, I would like to say this: Every American is a veteran of war. Every single day since we’ve been born we’ve been at war in one way or another. The very fact that most don’t consider themselves in a war means that our enemies have done an excellent job in hiding themselves and have been winning up until this point.

Whether we are aware of it or not, multiple actors have been engaged in a PSYCHOLOGICAL war AGAINST the American people in numerous ways for decades and even centuries. In terms of psychological battles, we are battle-hardened people. This fact will last with us for generations. In every way imaginable our enemies have tried to take us down. Many sides have manipulated us for so long we have unfortunately lost touch with reality or what “normal” actually is and yet we are still standing proud. I believe this “interference” is about to change. Soon, the interferers are going to be forced to admit defeat because they see the inevitability of their own collapse.

An essential part of the psychological war is the drug war. We are all veterans of the drug war. Little do we know but forces within the government, along with criminals connected underneath them, have done all that they could to make us addicted, either legally or illegally, for decades. How can we possibly fight back when people within our government are supplying and protecting the dealers themselves? Not only this, but they have a monopoly and protection to continue to push their drugs, whether legal or illegal, to the people. Free healthcare is just opening the door for pushing addictions ever further. This is insane! From our children to our elders, they have pushed us into addiction in whatever way that they could. Prescriptions, illegal drugs, social media, video games, food, shopping, the list goes on and on and on.

It is time to end this war. The ongoing psychological wars and the current wars to crush us through addiction are doomed to failure… Everything is about breaking our sense of reality and morality. If we lose our morality, collectively, we shall fall. Because we have not fallen entirely, and are still standing, we have in actuality won the war. Not only that, we will always remain standing when they can no longer fight. They could never crack the aggregate collective morality of the United States and we should feel very proud of this as American citizens. Thus, no matter what happens, we have already won. Always remember this.

As Americans, we must take back our sacred heritage. We are the land that welcomes all. When these wars are over, we must reopen our arms to show the world’s citizens our true morality. We must explain why we are different from other countries, such as China or Russia or Britain or any country for that matter. We are the foundation stone for a future society of true freedom based upon natural law. This “stone” will eventually lead to a time where the world has no masters or rulers. We will not need a government to rule or regulate our affairs. This future is the greatest fear of those who “support” or live by “evil.”

“Evil” is controlling others in any way that is hidden. To them, nothing is off-limits. Societies based upon natural law, a law that is already in place within creation, will one day be spread across the entire globe. Because it is inherent and not artificially created, it is our right and destiny. Indeed, it is only a matter of time.

One day we will no longer need a government, nor to hold elections, nor to worry about someone bringing violence or wars, of any kind, to our families. If the American “foundation stone” falls, universal freedom (which is in our grasp), will perhaps never come. We must unite as individuals, not as a collective or collectives, but as free-thinking human beings to defeat those who continue to wish us harm. We have already shown the enemies that they have lost control, and at this moment they cannot hope to continue to manipulate us or shape our narrative any longer. Even though they focus upon us, it is their houses that are on the verge of falling… Not ours. We, as in them and us, must begin to build anew from the hollow shell that is left behind.

Every American and world citizen is a veteran of the psychological wars that have been perpetrated against humanity for so long. This war, although most cannot see it yet, has already been won.

If you haven’t fallen, you are winning. Continue to live in the name of those who have fallen. Don’t give up this late in the game. Help those who are struggling to cross the finish line. Money means nothing when an existential threat threatens to remove our ability to exist. The veils are about to fall worldwide for we are so very close.

When one is on the wrong side of history, when one is on the side of “evil,” one will not fall from a single big mistake. It will always be death by a thousand cuts. To survive against all the odds, one must be flawless. The only way to be flawless is to ALWAYS stand with truth, honor, justice, and integrity. One doesn’t need to question oneself or what one’s motives are. To stand with morality, to fight back against evil, one must be flawless and can become flawless with proper understanding and knowledge of what is “good.”

One that attempts to stand against the flawlessness of “good” will always lose, for they are either delusional believing they themselves are “good” or misguided by their own set ways and falsehoods engrained within. This “flawlessness” of good is the eternal fear of those who knowingly choose to stand with “evil.” Those who knowingly choose evil should know that they will have nowhere to hide in the future so they should start changing their ways immediately by ceasing at least with what they do know to be evil.

We are there. It might not be a smooth ride, but the finish line is in sight. The enemy, or enemies, is  in the process of realizing that it’s time is up.

Hold on though, gonna be bumpy… No matter what, don’t give up because we got this… Hurrah!