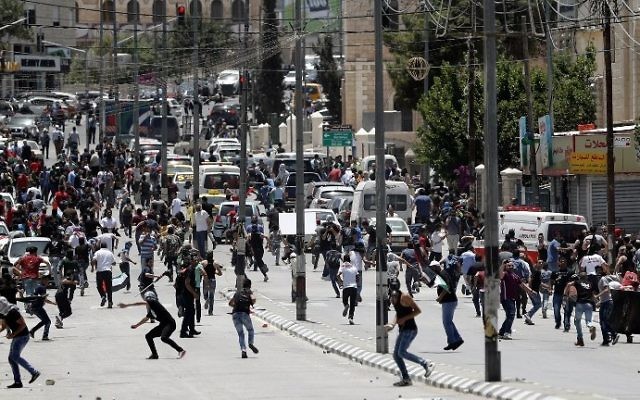 ‘The Kingdom of Heaven suffereth violence, and men of violence take it by force.’ – Matthew 11:12

Sitting at the Temple Mount for the first time. Looking at the Al-Asqa mosque. Tried to enter, but was not allowed. Told them I was going to be practicing Ramadan and they suggested I speak to the Mufti about it to receive permission to come here for Ramadan as it is usually not allowed for non-Muslims. My friend Ana has been with me. She is really quite unique and special. She was supposed to leave today, but decided to stay one more day. Tomorrow she will go to Tiberius I believe. We may go explore the tunnels under the wall and temple soon which is exciting.

My plan for Ramadan is that it should be very beneficial for me to purify myself and to “try something new.” I am going to “follow the rules” as well as surrender and not try and force anything in the process. No drinking anything, no eating, no smoking from 4:00 am until night around 8 PM. I will try and go for the full month, but who knows what will happen. I may have to return home for whatever reason in the weeks to come. And I am nearly fully broke, but I have been trying to get to a point of being broke so I am not really upset. If I do run out of money, there are plenty of places I can volunteer during the time period and get sufficient food for the Ramadan time period.

Joe and I ran into each other again last night “randomly.” We had a bunch of drinks with a lot of people on the roof. I eventually “asked/accused” him of lying and he admitted he does unconsciously lie often. I could see tears sort of coming when I was questioning him. He said after he lies, recognizes it is a lie, he feels it is too much to go back in the conversation and say, “Actually that is a lie.” Thus this may be the definition of a pathological liar. Perhaps the greatest “sin” that I can think of as “sin” would be lying, especially if one is fully aware that they are lying. I asked him if he was trying to stop and he said yes. I asked him if he could see how it was hard for me to trust him and I think he confirmed as well.

Afterwards, a new Muslim man from London came and joined our little get-together on the roof. We eventually all three decided to go to the market bars for drinks, although the new man didn’t drink, but was fun to have around in the “encompassing” conversation. Biggest “event” that happened is Joe and I decided to totally change script for our new TV show idea again. Brought it to the next level. Two main changes is season 1 will be “doubled” to 20-24 episodes. People will think episode 12 is “finale” and then “all of a sudden” episode 13 will be released the week after. We will sign a NDC with whoever buys the rights to the show that they will only say there are 12 episodes, but will release the following 12 immediately afterwards.

I never want to make a TV show released “all at once.” Better if it is week by week like HBO or “the old way” that shows were always released. Builds suspense. When people are hungry, food tastes better. The other important aspect is 1-12 will be “full of hope” and it is a “feel good” story from the first to last episode. People will be so happy at the end. When 13-24 is released, it is about taking these built up hopes and just destroying them. BUT, the saving grace is that the whole show can be watched consecutively from 1 to 24 or from 24 to 1, thus it is a “good ending” no matter what.

If done correctly, this will be a cinematic and television “masterpiece”. Furthermore, by combining elements of ‘Groundhog Day’, with ‘Memento’, and then the extra religious elements extremely subtly adding characters and events from the old and new testament that correspond accordingly to the episodes, it will be “masterpiece” worthy. But, we may also “change Biblical history” as well, to not follow exact prophesy, which is boring.

I would like to study and learn ancient Greek and Latin. Look for schools in Jerusalem. Some say today is first day of Ramadan, others say it begins in two days on Thursday, thus I will start tonight/tomorrow. From tomorrow morning I will stop eating, drinking, smoking, and continuing my full vow of celibacy. Since we were able to go to Temple Mount today, it had not started yet. Nonetheless I will begin tomorrow. May God keep me strong. Amen

‘Make it hard to spot the soldier by acting like a General.’

The city is dreadfully silent. All the shops are closed. There are no tourists in the streets. Although there are plenty of reasons ‘why’ it still does not feel to be real. Perhaps it was the 50+ Gazas who died yesterday protesting. The US embassy was moved from Tel Aviv to Jerusalem yesterday. There were projections of American and Israel flags across the Old City outer walls and flags of the US equal to Israel at the Supreme court building. It made me truly sick to my stomach. There is a feeling amongst the Israelis here that victory has been won. And it just makes me sick that they do not care about what is happening across the wall.

I am not special.
I am not unique.
I am not the one anyone is looking for.
I am not of any prophesy.
I am not a doer.
I am not a planner.
I am merely an observer.
I am just mingling.

Going down into the Western Wall tunnels… Should be fun.

For Etheeopia
Ain’t got no strings on me and my limbs are still attached.
To pull one up from the water is merely to bring one into the present moment. They hide their technology. All will be seen. We shall win and crush it. Political science will revert to the study of technology, debate on its worthiness, and agreement among all which to destroy.
Un drink tra la la por me TKE familia.
March 20, 2020 broadcast
%d bloggers like this: