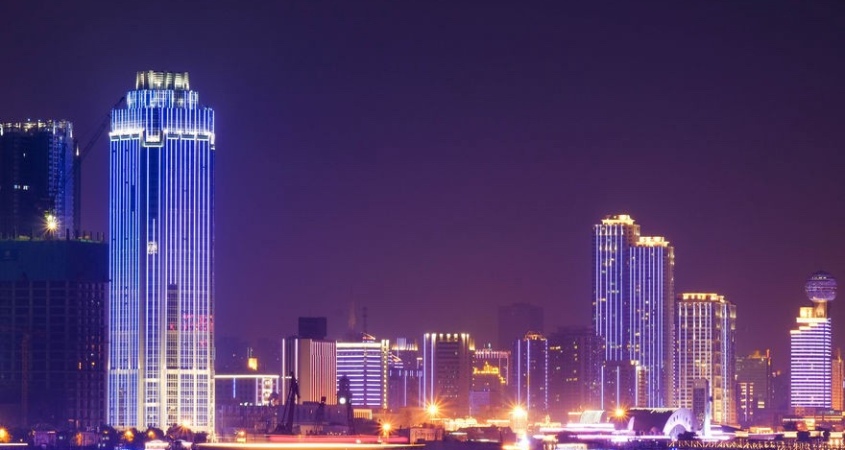 A boy is sitting in front of his television, watching the news with a bit of awe.

Newscaster: “This just in, we have reports coming out of Wuhan, China that a new type of plague is rapidly spreading. There is no cause for alarm however as the Chinese have declared a “People’s War” and will not allow the contagious disease to spread any further.”

The boy looks up into the kitchen to see his mother working on dinner.

“Mom, have you seen this?” the boy yells.

The mother, fumbling with a large pot, says that she hadn’t heard of this one before, but that the Chinese always had a new disease every few years so it would be nothing to worry about.

The boy hopes that his mom is right and that there is nothing to worry about here.

Once again, the boy finds himself watching the news.

Newscaster: “This just in, we have reports that the same virus out of Wuhan has spread to multiple countries and the death rate is quite high. But, nothing to be alarmed about. All Asian countries are banding together to stop this disease from spreading further. An agreement has been made to cremate immediately all bodies infected with the plague.”

The boy starts to get a little worried. He thought that these diseases always ended quickly and that the authorities would be able to stop it.

His mother walks in and sees the dead bodies on the screen. “Is this the same disease you was talking bout last week?” The mother asks. “Yes. It is the same.”

The mother begins to look a bit worried. “Maybe we need to buy us some masks, just in case.”

Another week goes by.

The boy finds himself eating a frozen dinner and watching the news:

Newscaster: “This just in, we have our first confirmed cases of the unknown disease in the United States. Someone broke the blockades and landed in Chicago. We are not for sure if the disease can spread through human to human contact, but we will keep you posted. The governor of Illinois is prepared to shut down all flights into and out of the state to keep people from spreading it further.”

The boy looks up and thinks to himself about the trip they had planned next week to the beach. They live outside Chicago and now they might not be able to leave if they can’t fly or drive away.

His mother comes in through the front door and asks him to help her with the groceries.

“Mother, are we not going to be able to leave to go on our vacation now? The news man said that we can’t fly now and maybe we won’t be able to take the bus either.”

“Oh that is ridiculous son. No one can stop us from leaving if we want to.” “I hope you are right,’ replied the boy.

A few days go by:

The boy is in front of his television again.

A map on tv shows exactly where the virus had spread across the world. How it was in Chicago and spreading outward. He flipped through the media channels and was stunned to see the dead bodies all over the world.

Newscaster: “This just in, as we have been reporting on the past few days, not only has Illinois blocked all incoming and outgoing flghts, but now people will no longer be able to leave the state. The virus has been confirmed spreading through Chicago and it is on it’s way to the suburbs and rural areas. If you live in these counties, an evacuation order has been given, but you must stay within the state boundaries.” A list of counties was listed off. The boy’s county was on the list.

The boy gets up and runs to his mom’s bedroom. “Mom, they just said we have to leave our house immediately and go to another part of the state. I thought this wasn’t going to be serious. What are we going to do?”

“Well by God they can’t make us leave, I will tell you that. We will hold up here and fight anyone who makes us move.”

The boy gets worried, but knows his mom has his best interest at heart.

The city has been evacuated, but they don’t know how many people have stayed. Him and his mother decide to close themselves in but leave themselves enough space to see through some small holes outside to the street. No cars go by for at least 24 hours.

The boy asks his mother if he could try the tv again since it had been shut down recently from the lack of electricity. She says yes, but once again it fails. Outside they hear a car going by with some form of microphone and speakers.

“Please come out, we are not hear to hurt you,” was heard over the microphone.

The boy and his mother rush to the door and look through the peep hole to see a older white Jeep with three people in it. They don’t look diseased or anything, but actually extremely healthy.

One person steps out of the Jeep and approach their door.

“We are here to help and to tell you that the disease that the media has been spreading is a lie. We are not here to bring a disease, but a cure for all your problems. You can either take it or leave it, but we will keep moving on regardless,” the man says.

The boy looks at his mother and asks if they should open the door.

“Should we let them in?”